Complete colour poems and give pupils time time to present their work. This can be recorded for Mrs Samuels.

Read the poem the below with pupils. Provide pupils with the French dictionaries (Mrs Samuels has the dictionaries). Give pupils a chance to translate the poem. Remind them that they know the colours, so they just need to look up the nouns at end of the sentence.

Each line of the poem is a simile in French.

Explain to pupils that next week they will plan and write their own colour poem.

Pupils will use French dictionaries to look up nouns for different shapes in French. Mrs Samuels has the dictionaries. Pupils can also use wordreference.com. They must record whether the noun is masculine or feminine.

Recap the objects that pupils looked at last week.

Introduce colours in French. Pupils can record the table below in their books. Talk about how the spellings of a colour usually changes depending on whether the noun in masculine or feminine. Look at the colours that do not fit the rule.

Look at the rule below with pupils. 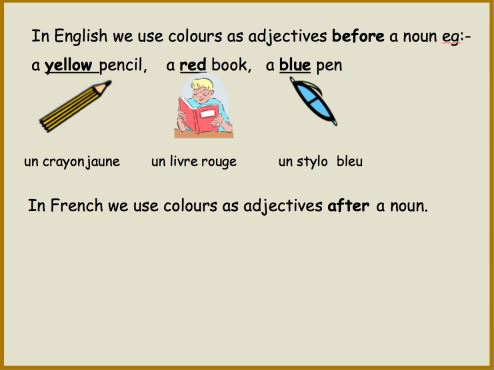 Pupils to answer the question ‘c’est de quelle couleur?’ This means what colour it is? Remind pupils to refer back to the colour grid so they are using the correct spelling of the colour. There are two examples below. 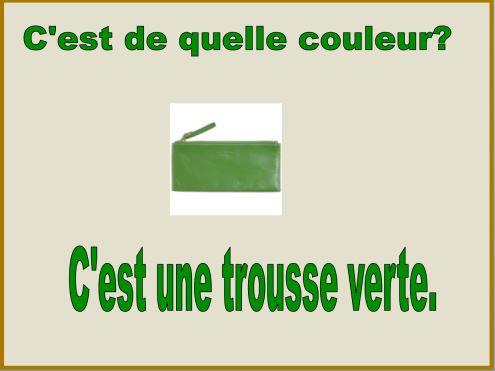 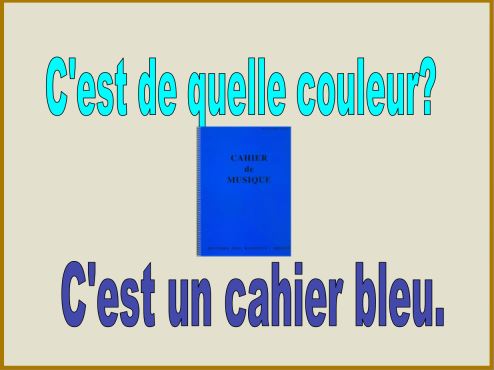 Continue revising numbers. Refer to the resources from last week.

Explain to pupils that nouns in French are either masculine or feminine. The link below helps to explain this.

Record this vocabulary in your French books.
Take a whole page.
Include images.

Ideas for stretch and challenge

Pupils to look up extra words to add to each column. Mrs Samuels has the French dictionaries.

1- Explore the two links below

2- Learn the song below. Spend time going over this.

There are no upcoming events to display at this time.

This website uses cookies to improve your experience while you navigate through the website. Out of these, the cookies that are categorized as necessary are stored on your browser as they are essential for the working of basic functionalities of the website. We also use third-party cookies that help us analyze and understand how you use this website. These cookies will be stored in your browser only with your consent. You also have the option to opt-out of these cookies. But opting out of some of these cookies may affect your browsing experience.
Necessary Always Enabled

Any cookies that may not be particularly necessary for the website to function and is used specifically to collect user personal data via analytics, ads, other embedded contents are termed as non-necessary cookies. It is mandatory to procure user consent prior to running these cookies on your website.

We use cookies to ensure that we give you the best experience on our website. If you continue to use this site we will assume that you are happy with it.Ok